ForStatus Time, Status Count andDatereports, the selection directly sets the columns shown in the report. ForTransition Countreport, transitions that originate from or end up in a selected status is included in the report.

ForAssignee Timereports, the report output shows assignee names as columns but the status selection, once again, defines the durations of which statuses to include in the report.

Show Deleted Statusesoption allows you to include or exclude statuses in issue histories that are no longer present on system. 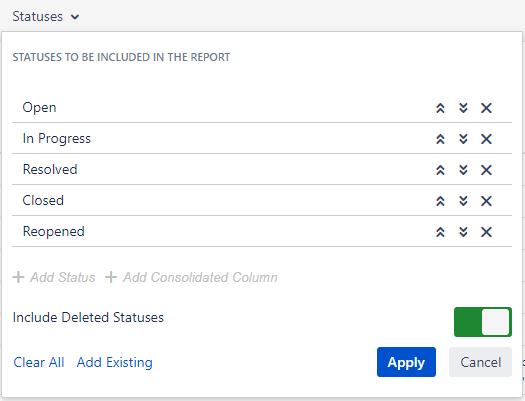 On the other hand even if only one status is explicitly selected, TiS includes only that status in the report and warns you if any other statuses with data are excluded. 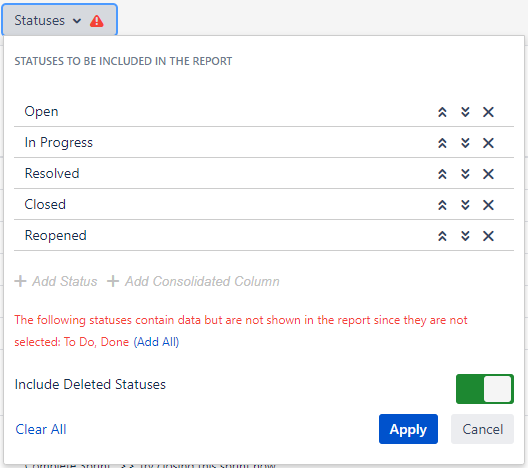 The status selection window also allows the user to set the order of columns shown in the report. The user can click the up and down arrow icons next to each status name to change the order of statuses.

If no statuses are selected, Time in Status shows the statuses in the order it encounters them when traversing report data. If statuses are explicitly selected, then the order of selection is respected in the report output.

You can add consolidated status columns into the report.

A Consolidated Column will display the sum of a group of statuses as a single column. It most often used to measure metrics like Lead Time, Cycle Time, etc.

You can add multiple Consolidated Columns to the report. Any status column can be listed as a stand alone report column and/or can be included in some or all of the consolidated columns.

It is possible to rename and consolidated column and its order can be set like any other report column. 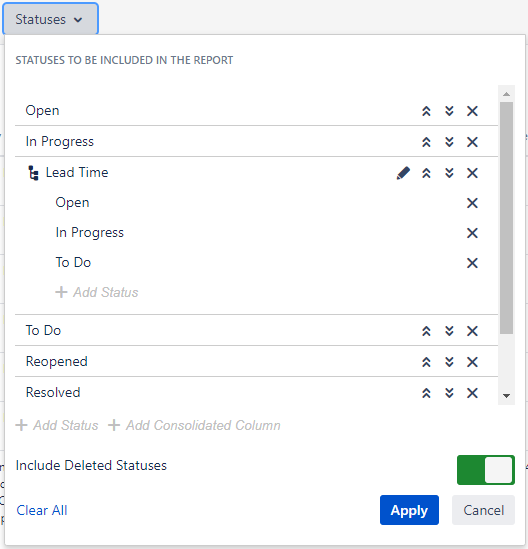