For Status Time, Status Count and Date reports, the selection directly sets the columns shown in the report. For Transition Count report, transitions that originate from or end up in a selected status is included in the report.

For Assignee Time reports, the report output shows assignee names as columns but the status selection, once again, defines the durations of which statuses to include in the report.

Show Deleted Statuses option allows you to include or exclude statuses in issue histories that are no longer present on system. 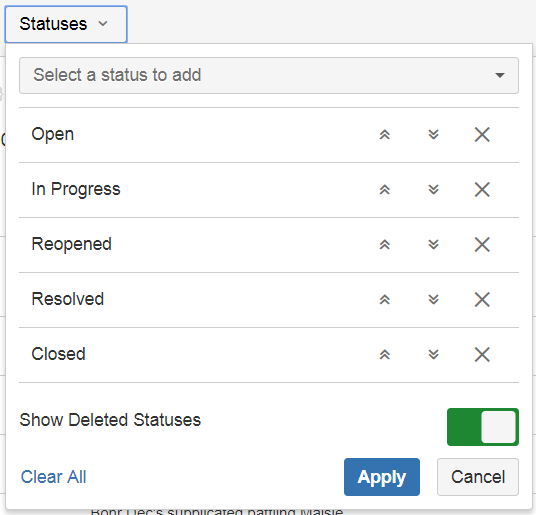 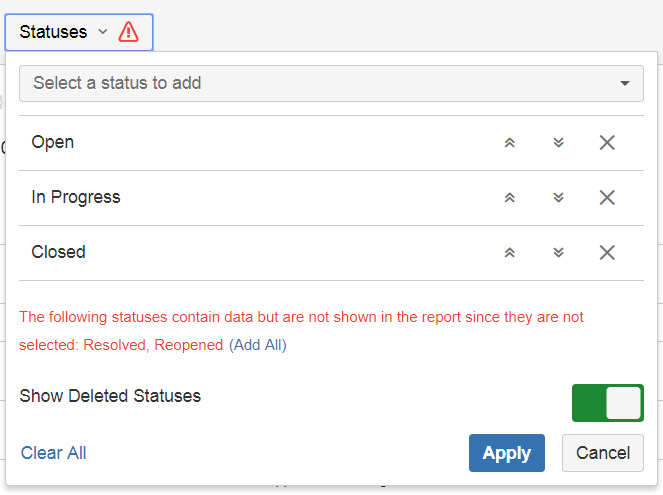